Worldwide crises displaced a record 65.3 million people from their homes in 2015—the most since the end of World War II.

Half of the new displacements occurred due to conflict and violence in just 3 countries: Iraq, Syria and Yemen. The outlook for political resolution is bleak and the toll on human suffering continues to rise.

With the displacement and health context, in cases of natural disasters like severe flooding, IMI also promotes the Health and Homes initiative that helps resettle poor communities into permanent shelters so that tenants are able to utilize mainstream systems of preventative and primary health care, better coordinate with mental health providers, and maintain consistent permanent tenancy rather than using more costly public systems, such as emergency shelters and health facilities.

Our work in this regard would not be complete if we did not highlight the crises in the international arena. Our advocacy teams simultaneously underscore the many shared concerns across the NGO and health community including the dangers and health risks for displaced populations including the difficulties of care for chronic disease during emergency relief situations, sexual violence, women’s health, and the unmet needs of mental health services for refugees and IDPs.

Current Campaigns for displaced populations: gallery to include the following. 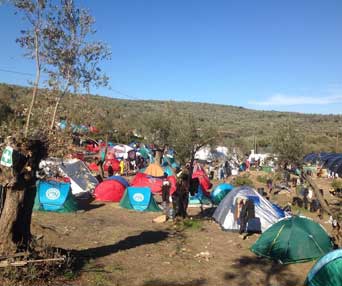 Worldwide crises displaced a record 65.3 million people from their homes in 2015—the most since the end of World War II. Half of the new displacements occurred due to conflict and violence in just 3 countries: Iraq, Syria and Yemen. IMI has been working with several partners to provide assistance to the influx of refugees from these countries as well as Pakistan in Europe during our current global displacement crisis.

More than 4 millions Iraqis have been forced to abandon their homes after decades of conflict and violence. Terrorized, many fled with just the clothes on their backs and their meager financial resources have been spent during the arduous journey and they are in desperate need of aid. Internally displaced persons (IDPs) are currently living in more than 2,000 temporary settlements, as well as other accommodation (e.g. host families, rented) throughout Iraq.

At this time, IMI does not have any projects in Syria or Yemen that involve sending goods or services to either country, though IMI does support medical work for refugees in Greece and other parts of Europe, many of whom have come from Syria, Iraq and Yemen (in smaller numbers). 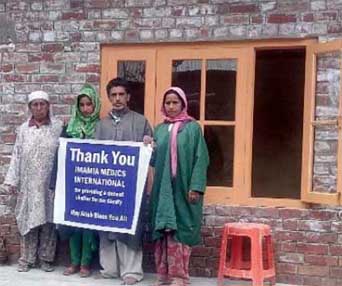 Are you going - to join event ?